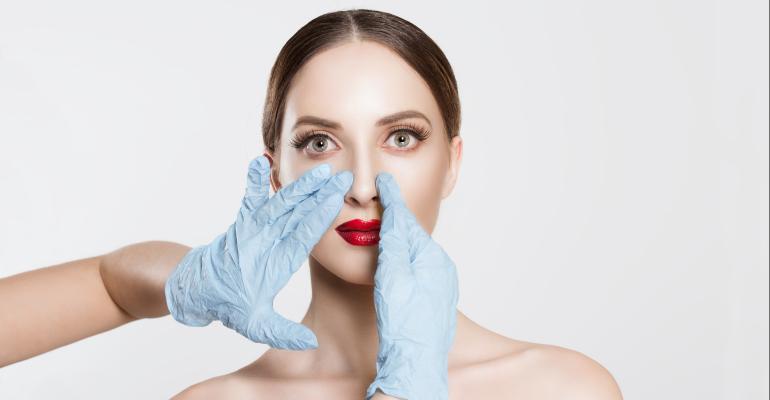 Aesthetic rhinoplasty can change how others perceive a person’s appearance and personality on multiple levels, according to a study in the October 2018 issue of Plastic and Reconstructive Surgery

“You know the saying, ‘Don’t judge a book by its cover.’ We like to think that we as human beings don’t do that. But the reality is that first impressions do matter, and people’s appearances do matter. Data has shown that people’s appearances do have an impact on their interpersonal relationships and their social interactions,” says Neil Tanna, M.D., MBA, a plastic surgeon in Manhattan and Long Island, N.Y., and the study’s senior author.

Dr. Tanna and colleagues used a crowdsourcing approach, distributing an online survey with unlabeled and sometimes out-of-order before and after photos of 10 white women who had primary rhinoplasty. They included photos of two patients who hadn’t had rhinoplasty as controls.

The 264 people responding used a seven-point scale to score photos in 11 categories: symmetry, youthfulness, facial harmony, likeability, trustworthiness, confidence, femininity, attractiveness, approachability, intelligence and aggressiveness. Respondents favorably rated the post-operative versus pre-operative photos in all but one of the categories: aggressiveness. The categories with the greatest value changes in ratings supporting the post-op photos were attractiveness, likeability, femininity and confidence.

The researchers didn’t find significant differences in photos of the controls in any category, except confidence, where respondents judged the right image as more confident, according to the study.

Prior to this study, researchers have shown that others more favorably judge people who are more physically attractive, and more attractive people tend to receive preferential treatment in many social interactions, writes David B. Sarwer, Ph.D., in a discussion accompanying the study.

And while studies have shown that cosmetic surgery patients, themselves, report high rates of satisfaction from their procedures, few studies have looked at how cosmetic procedures impact others in cosmetic patients’ social worlds, according to Dr. Sarwer, who is professor and director of the Center for Obesity Research and Education at Temple University, in Philadelphia.

“This study affirms that rhinoplasty achieves the desired effects for Caucasian women in terms of improving the physical traits of attractiveness, femininity, confidence, youthfulness, facial harmony and symmetry,” the authors write.

But those effects might come as no surprise to surgeons who perform rhinoplasty, according to the authors. What might be surprising is the impact rhinoplasty has on perceived intelligence and aggressiveness — even trustworthiness, likeability and approachability.

“The results were pretty staggering,” Dr. Tanna says. “It’s crazy to think that just a rhinoplasty could change how you’re perceived in a job interview, for example.”

But Dr. Tanna says physicians should interpret the data with caution.

“The decision to pursue an aesthetic plastic surgery procedure like rhinoplasty, a facelift or something as simple as facial fillers should still remain a personal one,” Dr. Tanna says. “What this study shows is there may be secondary benefits for rhinoplasty patients, including the ways in which others perceive them.”

When the Mob Turned to Plastic Surgeons to Erase Their Fingerprints
Feb 25, 2022