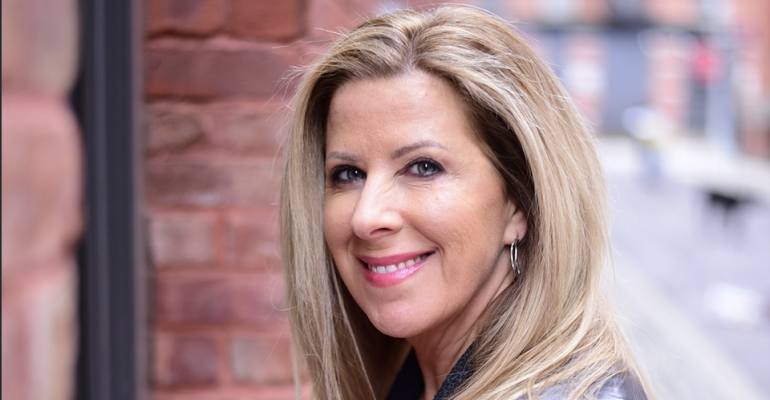 Amber Edwards knew from an early age that, when it came to her career goals, the sky was the limit. “My father told everyone that I would be the first female President of the United States, so I believed it!” she recalled. “Both of my parents instilled in me the unwavering confidence that I could do anything I set my mind to as long as I worked hard and went for it.”

Amber Edwards knew from an early age that, when it came to her career goals, the sky was the limit. “My father told everyone that I would be the first female President of the United States, so I believed it!” she recalled. “Both of my parents instilled in me the unwavering confidence that I could do anything I set my mind to as long as I worked hard and went for it.”

While she never became presid 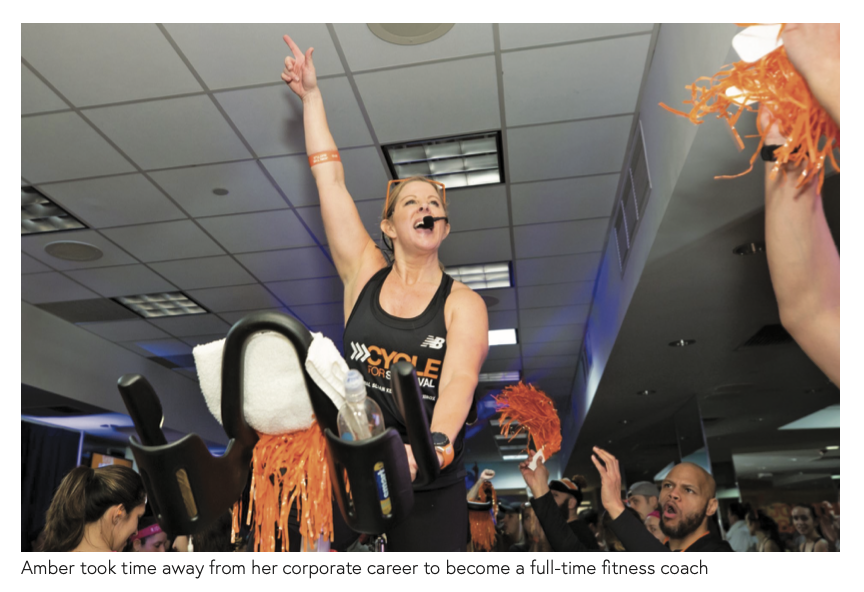 ent, she was recently named the Global Head of ALASTIN Skincare for Galderma (Fort Worth, Texas), making her one of the biggest power players in the aesthetic space.

Amber has a proven track record of brand leadership and business development. Her resume includes high-level positions at Sinclair Pharma (president of North America) and Allergan, Inc. (vice president of international strategic marketing, medical aesthetics franchise). Most recently, she served as chief commercial officer for ALASTIN Skincare, where she helped grow year-over-year revenue by 75% while bringing five award-winning products to market. After Galderma acquired the quickly growing ALASTIN in January 2022, she was tapped for global head.

While Amber’s rise in the aesthetic industry might look straightforward, her career path has been more of a “winding road” – and she likes it better that way. “Throughout my career, I have taken many lateral moves into different roles to expand my skill sets,” she admitted. “I believe diversity of experiences spurs broader perspectives and openness to different approaches.”

In fact, a few years ago, Amber made an unexpected move that surprised even her closest associates. In the midst of climbing the corporate ladder, she stepped away to become a full-time fitness coach. “Many people thought I was crazy, but I have

no regrets!” she maintained.

For two years, Amber focused on exploring her love of fitness. “I’ve had a passion for health and wellness since I was a teenager,” she emphasized. “When I decided to return to my ‘real job,’ I was refreshed and ready.”

In an industry where women are still a minority at the executive level, she finds strength in leading with compassion. “I believe some of the more ‘traditionally feminine’ leadership styles I bring to the table have significantly shaped my career – with empathy being the greatest influence,” she said. Understanding employees, collaborators and consumers is vital to Amber’s success as a manager and decision-maker.

“I focus on collaboration, sharing different perspectives and creating a unified vision and plan, which creates a feeling of inclusion across the team,” she added.

This people-centered leadership approach has paid dividends in times of growth and prosperity – and in difficult moments, too. “The most humbling and reflective time for me came with the COVID-19 pandemic,” Amber shared. While the whole world faced an uncertain future, she was in a particularly challenging position. As the North American leader for a Chinese-owned aesthetics company, she had been leading expansion into the U.S. in full force until COVID hit. “It was a painful time,” Amber continued. “But it infused everything I do with even more emphasis on compassion.”

Amber has seen the industry shift and grow throughout her career. While obstacles remain, she stays positive about the future of the field she loves by working with organizations that prioritize inclusivity. “There are definitely some areas where women are not expected or even encouraged to assume leadership positions and that can be deflating,” she admitted. “Thankfully, I do see the tides changing. There are some fantastic women leading the aesthetic space forward both on the corporate and the physician side.”

As for challenges facing the industry, Amber cited the influence of social media and the need for scientific evidence. “Social media filters create a completely unrealistic expectation of how women should look,” she explained. “This is so dangerous, especially for younger generations.”

She also has a passion for finding ways to help everyone to embrace aging in a healthy way. “There are a lot of products in this space that rely on marketing and fads and do not have the validated clinical studies to back them up,” she explained. “For the integrity of the industry, we need to demand more.”

Clinical evidence is one of the reasons why she was drawn to ALASTIN in the first place. The brand was founded on the simple idea that exceptional skincare can only be attained by focusing on the highest levels of science and proving results through rigorous testing.

Looking Toward the Future

Amber is thrilled to have the opportunity to usher in big things for ALASTIN Skincare through her new role. As for what is next in her career, she has decided she will take it day by day. “I can honestly say that the most exciting part of my journey has been not knowing where I’ll be in five or ten years,” she added. “My motto has been to focus on challenging myself, expanding the breadth of my experience, and being open to grab a great opportunity.”

For Amber, the value of work doesn’t lie in impressive titles, but the people you connect with along the way. When asked what she is most proud of, Amber responded, “The deep relationships and friendships I have maintained since the early days of my career.”