Treating the spectrum of skin types: strategies for energy-based treatment of skin of color 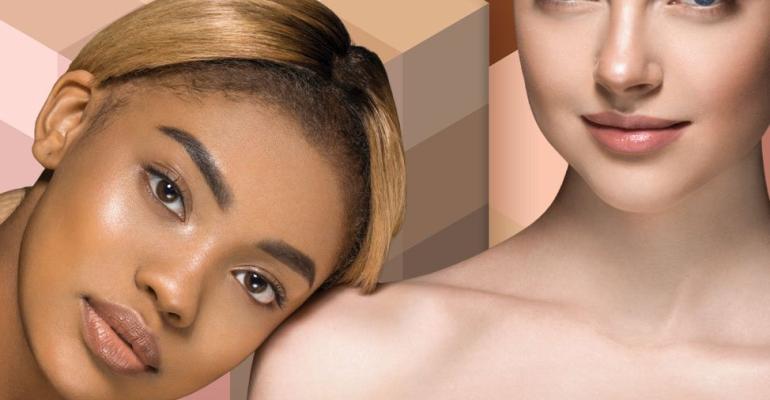 While energy-based aesthetic devices are constantly evolving and improving to satisfy consumer demand for nonsurgical therapies, not all patients are able to take advantage of what seems to be the ever-expanding menu of technological advancements. Patients with darker skin types request the same energy-based solutions everyone else does, but not all of these treatments suit all Fitzpatrick skin types. Therefore, it is up to the physician to choose – and use – technology wisely.

In 1995, Vivian Bucay, M.D., a dermatologist in San Antonio, Texas, began using the ablative CO2 laser to treat acne scarring in patients with skin of color. “It can be done, but it is all about preparing the patient and setting expectations,” she noted.

However, as soon as Dr. Bucay acquired a long pulsed 1064 nm Nd:YAG laser, which had been proven safe for laser hair removal in darker skin types, the dozens of African-American patients with pseudofolliculitis barbae (mainly police officers who had to shave daily) who sought treatment convinced her there was a significant unmet need for skin of color.

Today, patients with skin of color learn about the newest technologies online and assume they can have them all, but this is not always true, said Jeanine B. Downie, M.D., director of image Dermatology® P.C. in Montclair, N.J. “So, you have to guide them through the reality, as well as available options. Patients come to us to be the doctor. We don’t ask them what we should do, instead we tell them what is possible.”

Whether it is pigment busters, wrinkle smoothers or fat fighters, Dr. Downie’s patients with skin of color are asking more questions than ever.

According to the Skin of Color Society, more than half of the U.S. population will have skin of color by 2050. The widely used Fitzpatrick skin type classification system includes six categories, based on the skin’s appearance and reaction to sun exposure (Table 1).1 Phototypes range from I (ivory white skin that burns easily) to VI (dark brown or black skin that tans easily without burning).”

As Douglas Wu, M.D., Ph.D., a dermatologist in San Diego, Calif., explained, Caucasians generally have phototype I (marked by red hair and fair skin) and II, Asians and Hispanics typically have types III and IV, Southeast Asians and Indians have type V and African-Americans have types V and VI.

“As a society, everybody has skin of color to some degree,” said Dr. Bucay. “We are such a mixed population now. When you look at somebody, you can’t necessarily tell their ethnicity.”

Many of Dr. Bucay’s patients are Hispanic or Asian, with skin type IV, which responds unpredictably and pigments easily. In addition, Hispanic skin displays the broadest variety of skin tones because it can include Spanish ancestry mixed with any indigenous population of the Americas, she pointed out.

“If one is uncertain about a patient’s skin type, I suggest inquiring about their background in a culturally sensitive manner with questions like, “Was your mother dark skinned?” said S. Manjula Jegasothy, M.D., founder of the Miami Skin Institute and clinical associate professor of dermatology at the University of Miami Miller School of Medicine.

And, even if patients have fairer skin, Dr. Jegasothy suggests examining their palms. “If the creases are darker than their skin type, this means that they tend to tan more easily and may also be prone to hyperpigment more easily from certain laser procedures.”

Similarly, Dr. Bucay asks patients how their skin heals after cuts, burns or bug bites. “If they get post-inflammatory hyperpigmentation, I need to proceed with caution,” she said. A history of keloids also raises red flags.

“Ethnic skin types need to be treated in a very special way,” said Dr. Wu, whose personal practice is around 40% Asian and Hispanic.2 “While fair skin types mainly develop lines and wrinkles with age, patients with skin of color worry mainly about age-related pigmentary changes,” he expressed. “So, when resurfacing or applying any laser to an Asian patient, or an ethnic patient in general, pigmentation needs to be the primary concern.”

Nearly all lasers are capable of treating skin of color safely when used correctly, Dr. Wu indicated. “The key is to adjust the density and fluence so that they are appropriate for the skin type you are treating.”

Nevertheless, the two technologies that have emerged as largely appropriate for treating darker skin types are, broadly, fractionated lasers and picosecond lasers, Dr. Wu stated. The untreated skin that fractional lasers leave between microscopic columns of thermal injury facilitates healing while reducing side effects, he explained.

With fractional lasers, Dr. Wu said that treating Asian patients generally requires cutting density in half. He also recommended maintaining or slightly reducing fluence, rather than gradually increasing it as one would with lighter-skinned patients. With these adjustments, skin of color typically requires more treatment sessions than lighter skin types for optimal results, he added.

In Dr. Wu’s practice, commonly treated indications include discrete benign facial pigmentation – mainly solar lentigines, moles and freckles. “In this situation, spot lasers such as picosecond devices, can be used very effectively to remove these lesions in a very small number of treatments.”

For removing tattoos, picosecond lasers have proven superior in all skin types, said Dr. Wu. While previous-generation nanosecond fractionated lasers had approximately a 20% risk of PIH or hypopigmentation, the risk for picosecond lasers is less than 5%, he reported.3

Dr. Bucay treats recalcitrant melasma very gently – usually with at least six Q-switched Nd:YAG sessions using the M22 laser from Lumenis (San Jose, Calif.), with a 6 mm spot and fluence of 1.6 J/cm2. “I use very low fluences and these treatments go on for a while, because I do not want to traumatize the skin and cause hypopigmentation.”

Dr. Bucay’s most striking melasma case involved a darker-skinned Hispanic woman who had been previously treated at another practice with an unspecified laser that left hypopigmented squares surrounded by darkened outlines. Dr. Bucay began treating the patient with the Fraxel 1550 nm wavelength from Solta Medical (Hayward, Calif.) plus chemical peels.

“She was coming along, but we could only get so far. She always had a lighter spot in the middle, and we were trying to lighten up the surrounding area to match.”
Ultimately, Dr. Bucay added (off-label) oral tranexamic acid (250 mg twice daily for three to six months) to the patient’s regimen.4

Recently, Dr. Bucay has started applying a 5% tranexamic acid solution after radiofrequency (RF)-assisted microneedling performed with the Genius Intelligent RF Platform from Lutronic (Billerica, Mass.). She treats to an endpoint of pinpoint bleeding, then applies the solution, which patients keep using twice daily until they run out. “It accelerates results by 20% to 25% because of the enhanced penetration.”

“Both devices act in different ways to deliver optimal treatment,” she explained. “Moderate scarring typically requires at least six treatments; severe scarring requires more. With the Fraxel Restore, Dr. Downie typically uses settings of 40 mJ/cm2 and around 35% density, depending on skin type, whereas for Caucasian patients she gradually increases these levels over successive treatments. For skin type VI, she might use 20 mJ/cm2 and 35% density.

For rosacea in Hispanic patients, Dr. Bucay commonly uses the excel V long-pulsed 1064 nm laser from Cutera (Brisbane, Calif.). “But we can also use the built-in 532 nm KTP wavelength to look for hemoglobin. The device has a cooling handpiece, and I have found treatment to be safe and very helpful in skin of color, whether we are treating vascular lesions or skin conditions,” she said.

Many dermatologists have abandoned laser hair removal because multitudinous spas and salons offer this service at cheap, commodity prices, Dr. Bucay noted. Moreover, early hair removal lasers could not distinguish between melanin in the skin versus the hair follicle, often resulting in PIH.

Currently, Dr. Bucay treats upper-lip hair in Hispanic women with the 1064 nm laser. First, she prepares them with a topical bleaching agent for two weeks before applying at least six treatments.

“The long-pulsed Nd:YAG is the safest for laser hair removal in skin of color because the 1064 nm wavelength falls at the end of melanin’s absorption spectrum,” Dr. Bucay explained. “This allows it to injure dark, coarse hairs, while sparing epidermal melanin.

Additionally, the laser’s adjustable pulse width allows energy to be delivered over a longer period of time, allowing heat to dissipate and epidermal cooling to occur.”

Dr. Downie offers laser hair removal with the excel V because her patients demand no-downtime treatments and like that she performs the treatment herself. “This laser works very well. My patients love it, and I love it. My practice has always been pretty busy with energy-based treatments for skin of color simply because I am skin of color.”

When it comes to the observable signs of aging, “we know that certain ethnicities – particularly African-Americans – age on average up to 10 to 20 years slower than their light-skinned counterparts. So, they may not have fine lines and wrinkles, but they will have some volume loss in the midface, or they will want to tighten up skin around the neck,” Dr. Bucay pointed out. For these patients, “high-intensity focused ultrasound (HIFU) devices are safe because this modality bypasses the epidermis, thus avoiding melanin,” she noted.

“Pigmentary considerations are not as important of a consideration in energy-based modalities that treat layers beneath the skin – layers that do not involve the melanocyte layer, which is essentially the dermal-epidermal junction,” Dr. Wu explained.

Fat reduction and/or body shaping therapies are two of the most in-demand energy-based treatments across the entire patient spectrum.

According to Dr. Downie, using BTL Vanquish™ prior to EmSculpt can prove beneficial for larger patients. In practice she has been able to remove two to three – and sometimes more – inches of waist circumference with the Vanquish, and at least two additional inches with EmSculpt. She usually has patients undergo six treatments with EmSculpt, ideally once weekly.

With any laser procedure, post-treatment care and close follow-up are extremely important, Dr. Bucay emphasized. “PIH emerges at four to six weeks, and there is a chance to intervene early to impede a severe incidence.”

For topical treatment of PIH, Dr. Downie, Dr. Jegasothy and Dr. Bucay all depend on Cysteamine Cream (Scientis SA).

According to Dr. Downie, a soon-to-be-completed study will show that it is more effective than Kligman’s formulation, but it is a biogenic, non-cytotoxic molecule. “Patients are very excited about it.”

Additionally, Dr. Downie personally performs at least six to eight superficial or medium-depth chemical peels (Rejuvenize from SkinMedica or VI Peel from VI Aesthetics) for these patients. However, she will not treat any patients, regardless of indication, who refuse to use SPF 30 sunscreen exactly as directed.

Dr. Bucay discussed a dramatic PIH case that involved a woman who had undergone fractional CO2 resurfacing for atrophic acne scars at another practice. The patient’s skin was fair, but her dark hair suggested Italian or Mediterranean lineage, she recalled. “She came to see me because she had severe PIH that lasted for months, and her existing physician could not help her.” Dr. Bucay treated her with a series of peels and topical agents, with dramatic results.

Disclosures:
Dr. Downie is or has been a consultant for Allergan, BTL, Cutera and Scientis SA. Dr. Wu is a consultant, researcher, speaker and trainer for Allergan, Syneron-Candela, Galderma, Merz Aesthetics and Thermi Aesthetics. Dr. Jegasothy is a paid speaker for Senté Laboratories, the U.S. distributor of Cysteamine Cream. Dr. Bucay reports no relevant financial interests.