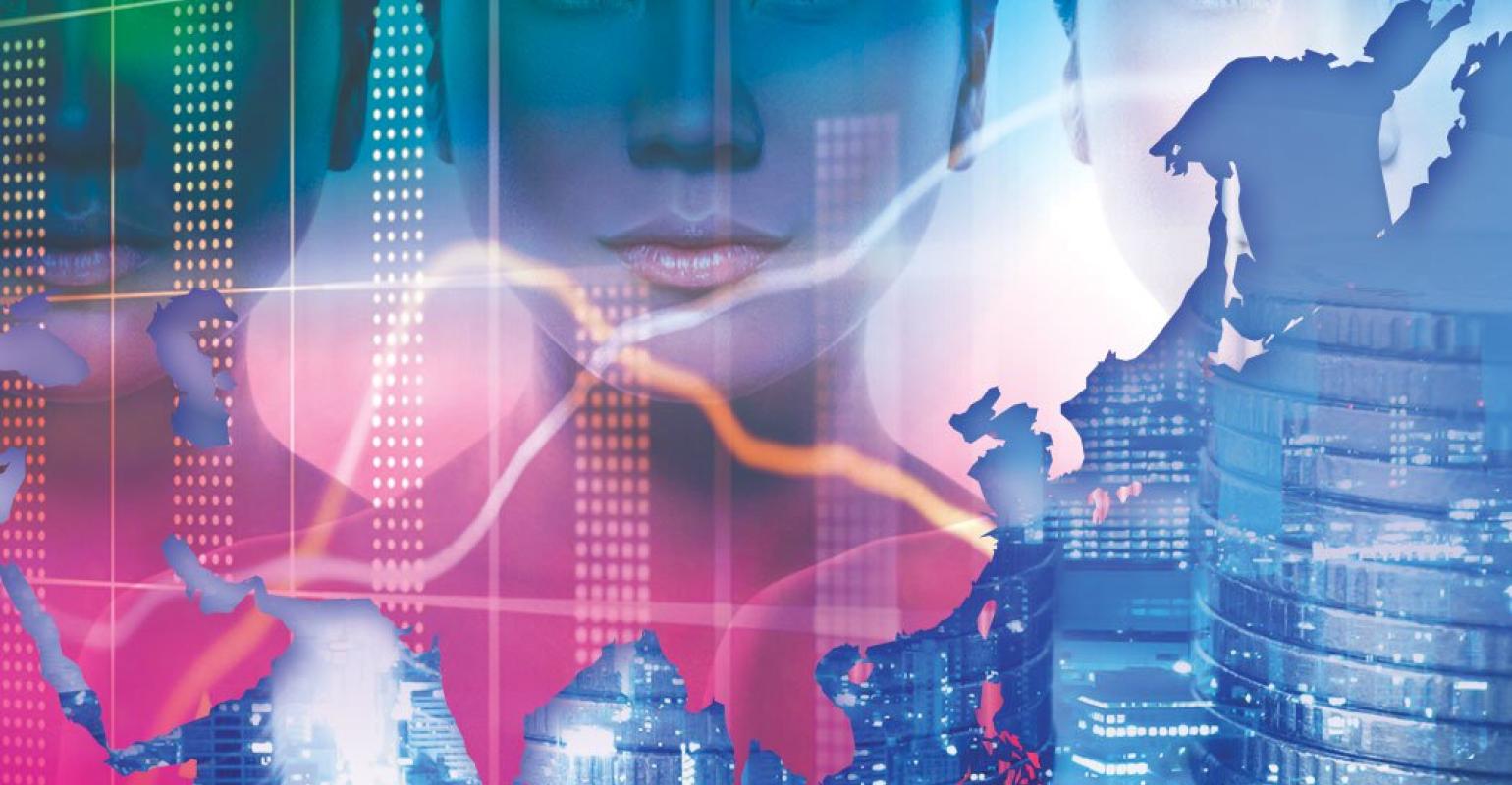 Asia-Pacific emerging as the new 'Mecca' of medical aesthetics

In the Asia-Pacific (APAC) region, the medical aesthetic market continues to grow faster than any other area in the world. Throughout the region, and especially in China with the rise of its wealthy middle class, people have grown more aware of beauty issues, becoming well-informed about aesthetic treatments via the Internet and social media, and actively seeking out procedures. Meanwhile, the physician’s armamentarium has similarly expanded to include non- and minimally invasive solutions that appeal to more people.

According to the American Society for Aesthetic Plastic Surgery, global cosmetic procedures have expanded by nearly 40% over the past five years, with non-surgical procedures increasing in popularity.

“While Korea has always adapted new technologies quicker than anywhere else, and this is still the case, China and Taiwan are currently the biggest markets, and Thailand and Singapore have emerged as growing secondary sectors,” he stated.

“More patients of all ages are seeking cosmetic treatments. Their aim, both young and old, is not so much to look younger, but to look better,” he indicated. “No doubt, people are seeking treatments and trying to achieve their benefits with minimal or no downtime, accepting the fact that the results may not be as significant as surgery or other solutions.”

In the past, Thailand, the Philippines and Singapore were never significant business opportunities for manufacturers and developers, noted Barry Rigby, vice president of international sales at Thermi (Singapore). “However, we’ve seen good growth in all countries, including Vietnam, the Philippines and Indonesia,” he pointed out.

“Also, there is a lot more activity in Australia and New Zealand these days,” Mr. Rigby continued. “Thailand is especially active now, too. While India has become kind of isolated from the rest of Asia, it is also a huge market.”

Japan stands somewhat apart from the crowd, Mr. Kelley noted. “It has always been a very conservative market, and even the number of early adopters in Japan is very small compared with the other, larger markets in Asia. Thus, it is growing more slowly,” he said.

Despite the market differences among APAC nations, their populations all want to address the same basic indications. “Therapies focused on pigmentary problems and skin lightening procedures are still big business in this region,” noted Michael H. Gold, M.D., F.A.A.D., a dermatologist and medical director of Gold Skin Care Center and the Tennessee Clinical Research Center in Nashville, Tennessee, U.S.

“The biggest thing in Asia is skin,” Mr. Kelley reiterated. “Asian skin types have a lot of problems with melasma and pigmentary issues. They are also lining up at clinics and hospitals to eliminate hypopigmented blotches and to whiten the skin.”

Increasingly, practitioners are solving pigmentary problems using energy-based modalities, stated Dr. Rich. “In particular, the use of picosecond lasers is becoming more sophisticated, in which its various wavelengths – such as 532 nm, 1064 nm and 755 nm – and the fractional modes are better utilized. When used in tandem with vascular lasers, depigmenting topical preparations and tranexamic acid, results should significantly improve.”

Lasers are also a go-to treatment for addressing depigmented scars, which have been problematic in the past, but show better results when treated with fractional CO2, Dr. Rich continued. “The laser stimulates melanin production deep within the depigmented scars. Cell cultures can be used to improve the outcome, as well.”

One such example is the SmartXide system from DEKA M.E.L.A. S.r.l. (Calenzano, Italy), SmartXide2 DOT/RF, provides different pulse shapes that accommodate a variety of indications. In addition to providing both CO2 and radiofrequency (RF)-based technology, this system allows full parameter control (ablation, thermal zone, erythema), giving physicians the ability to tailor treatments for any patient.

The best aesthetic outcomes are often achieved through the use of different modalities in tandem. For instance, a popular treatment for acne scarring and pigmentation following trauma is the application of RF-based microneedling with glycolic acid peels and light-emitting diodes (LEDs).

“Microneedling treatments are very effective for skin rejuvenation and scar treatments,” noted Dr. Rich. “The addition of RF energy to microneedling has benefits that many regard as superior, resulting in significant benefits without significant downtime.”

Microneedling is frequently used to deliver serums on or just beneath the surface of the skin, stated Victor Liu, M.D., a plastic surgeon in San Francisco, California, U.S.

RELATED: Microneedling versus laser: Is one better than the other?

“Even though the needles don’t go very deep, microneedling has its place,” he noted. “A lot of people use it, for instance, to drive hyaluronic acid, PRP and medications into the skin. The good thing about microneedling is that you can delegate its use to an aesthetician.”

Among new, cutting edge serums coming out, NCTF® BOOST 135HA from Laboratories FILLMED by Filorga (Paris, France) is a distinctive anti-aging, poly-revitalizing solution that nourishes the skin by creating an optimal environment for fibroblasts, which are responsible for the production of the body’s collagen, elastin and hyaluronic acid (HA). The product’s formula combines HA and a proprietary complex of more than 50 active ingredients, including vitamins, minerals, amino acids, coenzymes and antioxidants.

The combining of modalities in parallel to achieve a particular therapeutic result will continue as a strong trend, noted Dr. Rich.

“Other examples include the use of liposculpture for body contouring through the removal and reshaping of fat deposits, followed by skin tightening procedures, which we do because many times removing the fat does not result in a level of retraction that totally satisfies the patient,” he said.

“While body contouring and fat reduction procedures are popular, I do observe more injectables business than ever before,” said Dr. Gold.

“From an aesthetic company point of view, there are more players in the region now. Allergan is operating in China in a big way, and other filler and neurotoxin companies are waiting to obtain regulatory approvals,” he indicated. “In particular, European injectables companies are ramping up their business throughout Asia, in order to grow their footprint beyond Europe where this business has been going flat.”

The demand for non-surgical facial rejuvenation (via dermal fillers and neurotoxins) and skin tightening treatments increases as people grow older. With more than one-quarter of its residents over the age of 65, Japan has the oldest population in the world. And as reported by the U.N., China’s aging population is on track to double over the next 20 years.

And although surgical solutions are required for some therapies, non-surgical procedures are becoming more widespread across APAC. Led by patient demand, more Asian physicians have adopted non-invasive variations on common surgical treatments, such as performing a rhinoplasty using just fillers.

Another example is the V-shaped face, in which chin surgery is combined with jaw surgery to create a more feminine jawline and achieve a more balanced overall look. “A less invasive option would combine botulinum toxin with fillers to the chin,” noted Dr. Rich.

Compared with other methods, thread lifting procedures and facelifts utilizing sutures are less widespread in Asia, but are emerging as a more common option to the surgical facelift.

Among patients of all ages, the once much-publicized trend of Asian women desiring to achieve a “Western look” has mostly sputtered. “That phenomenon has always existed, but I wouldn’t say it is growing,” stated Mr. Kelley. “It is like hair removal, which is a good, stable market, but not growing.”

In terms of the most popular cosmetic surgery procedures in APAC, blepharoplasty remains a top choice among both men and women. East Asian blepharoplasty, or double eyelid surgery, is uniquely popular among some Asian people. This surgery creates a supratarsal epicanthic fold in the patient’s upper eyelid, changing the look of the upper eyelid that extends to the inner corner of the eye.

Aside from blepharoplasty, nose reconstruction and chin alteration are popular facial procedures across China, Japan and Korea. Jawline slimming and strengthening are among the most desired procedures for both men and women.

One of the more unique procedures reported is head shaping, introduced in 2017 in Korea, which involves surgically reshaping the head.

The new health and wellness mindset also includes new regenerative-type concepts and therapies, most of which are experimental but show anecdotal success, noted Dr. Liu. “The development of stem cells for use in skin and facial rejuvenation is very promising because the stem cells can actually regenerate what is lost. In the past, what we did was fill a depression in the face with some fat or fillers. With stem cell-based facial treatments, to our surprise, the depression becomes more than just filled up; the skin is literally renewed and looks much better,” he said.

Another example is the addition of platelet-rich plasma (PRP) treatments with male hormones and other drugs, such as spironolactone and minoxidil for hair loss, said Dr. Rich. “Additionally, finasteride is now given to male and female patients to increase the benefits of treatment.”

“In male patients we know erectile dysfunction and impotence affects 50% of those over 50,” he continued. “An emerging treatment trend is the use of shockwave therapy, and many times that helps. All of these procedures fall into the area of male and female health and wellness, and more aesthetic specialists are getting involved in that field.”

Putting aside the trends of the future and focusing on the current state of the industry, governing bodies in the APAC region, notably China, have recently stepped up efforts to better regulate medical devices and other aesthetic products, such as fillers and neurotoxins.

According to Mr. Rigby, “The regulatory timeline in China is now actually quite long, around three years. They closed some loopholes, too. For many years there was sort of a gray area, in which a manufacturer could enter the spa market with lower powered products. They did that because they were having a hard time obtaining regulatory approval. Today, everybody has to get the proper regulatory approvals.”

With the regulatory environment normalizing, an educated middle class population clamoring for aesthetic treatments, and sustained economic growth, the APAC region has become a mecca of anti-aging solutions.

“There is so much going on in Asia it is hard to wrap your head around it all,” said Dr. Gold. “Right now, however, we are seeing a lot of interest among dermatologists and plastic surgeons in the region, and I see that the market will keep expanding exponentially. The sky is the limit.”