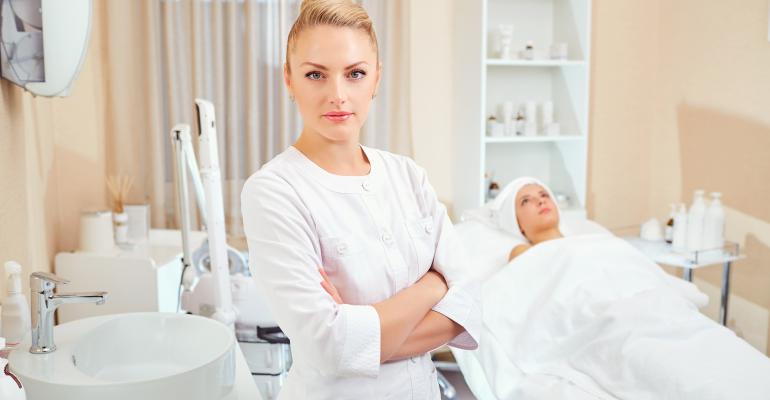 Supervision, delegation and noncompliant ownership are among the hot button issues that can land physicians in big trouble in the medical spa business, according to attorney Renee E. Coover with ByrdAdatto, a law firm specializing in health care and business law.

Coover shares what she says are three high risk areas — supervision, delegation and noncompliant ownership structure — for physicians who own or are medical directors of med spas, and how they can avoid potentially career-damaging liability outcomes.

Coover highlights two aspects of physician supervision and delegation at med spas. The first, she says, often has to do with noncore cosmetic doctors, including OB/GYNs, emergency room physicians and pediatricians, who become med spa directors or own these facilities.

The problem occurs when these doctors don’t have experience in medical aesthetic treatment.

“To be a supervisor or medical director of a medical spa, it’s really important that the physicians, themselves, have the appropriate experience and training. At the end of the day, if the medical board opens an investigation based on a disgruntled patient, employee or even a vindictive ex-spouse, that physician has to be able to defend himself or herself in front of the medical board as to why certain treatments were performed in the ways that they were. If that physician doesn’t have appropriate training and experience in the medical treatments and services that are being offered at that medical spa, it is not appropriate for the physician to be supervising and delegating those treatments.”

The second key issue is physicians must use practitioners who are authorized in their scope of practice to perform medical treatments being delegated by the physician.

“If you have a physician who is delegating injections to a registered nurse (RN) in a state like Florida where RNs are not authorized to do injections, you could have a real problem,” Coover says.

A physician should ensure that the medical practitioners on staff at the med spa can legally perform the treatments the physician plans to delegate as the medical director.

“This industry has become filled with midlevel providers and, for the most part, they have a lot of autonomy when it comes to performing medical treatments. Physicians don’t necessarily need to be onsite to supervise midlevel providers. But RNs, LPNs [licensed practical nurses], medical assistants and laser technicians require varying levels of physician supervision depending on what state you’re in.”

Physicians can avoid investigations by delegating treatments only to those providers that are authorized to perform the treatments. If they don’t play by these rules, physicians can be charged with aiding and abetting in the unauthorized practice of medicine, putting their and the other providers’ licenses on the line.

But even states that abide by the Corporate Practice of Medicine doctrine might have allowable exceptions.

Coover says a real-life example of how damaging breaking the rules in this area can be is of a recent scenario in which an OB/GYN practiced in a state that required physician ownership of a medical spa. The OB/GYN had no history of reprimand or discipline when she decided to affiliate with a medical spa, where she had been contracted previously to do liposuction.

“She was asked to be the medical director of the med spa but had no ownership,” Coover says. “A patient scheduled a liposuction with her and cancelled that liposuction before the doctor ever saw that patient. The patient asked for a refund. When the medical spa refused to give the person a refund, that potential patient turned in the medical spa to the medical board. They opened an investigation and found the physician was not the owner of the medical spa. They stripped the doctor of her license and reprimanded her. She was reported to the National Practitioner Data Bank. Basically, she was blacklisted. When they reported her to the national data bank, they found that she also had a license in New York as a physician, so, New York opened an investigation on her. That’s still pending.”

This might be a severe example of what can happen to physicians who are involved in med spas that are operating illegally, but it’s reality, according to Coover.

“I think there’s the belief that no one is going to get caught because of the lack of enforcement. That may have been the case five years ago, but now we’re seeing an increase in enforcement,” she says. “It’s really important that physicians look into their state laws and talk to a health care attorney that is well versed in this area before signing on to be medical director.”