Physicians should be on the lookout for debt scams 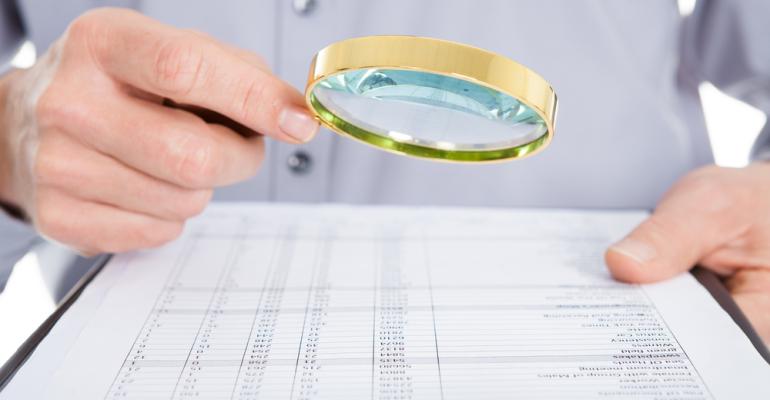 The ads from debt relief companies can be alluring, particularly for residents nearing the end of their training and doctors just starting out, when disposable time and money are short.

“Resolve debt in 24 months!” “Free consultation,” and “No hidden fees” are common refrains in pitches that end up in residents’ e-mail inboxes and text messages.

Practicing physicians with business loan debt from opening their offices often fall for these pitches as well, experts say. Many promotions claim to be able to cut debts to a fraction of their face value, which is false, regulators warn.

Beyond outright scams, busy residents and physicians alike can fall prey to deceptive advertising. Avoiding both is a must and requires borrowers to stay alert.

As a financial aid officer for a large academic medical center, Christine McDonough, MBA, has seen more deceptive ads than outright fraud when private lenders swarm around residents and fellows who are nearing graduation, but these ads can still do serious damage in the long run to borrowers.

“The ads will list all these fabulous rates, but I’m not seeing anybody actually getting them [after going through approvals],” says McDonough, director of student financial services at The Ohio State University College of Medicine in Columbus, Ohio. Often these are simply teaser rates that lure borrowers into refinancing, but by the time a refinancing offer is made, the terms are far less favorable to the physician, she says. Often, she says, borrowers accept the unfavorable terms simply because they have invested time into the process, an unfortunate outcome.

She tries not to scare physicians completely away from seeking to improve their debt repayment plans, particularly those who may benefit from shorter payback periods and who aren’t going to qualify for income-based repayment plans, which typically go to those working for nonprofit institutions. But she points out they may be targeted by lenders who prey on physicians’ large medical school debt and their potentially high salaries after training. Many of them are banking on physicians reaching a point where they can see higher attending-physician pay on the horizon but are so busy finishing their training that they needlessly pay for loan services they could easily have handled themselves, such as consolidating payments and making automated bank withdrawals.

McDonough and other financial experts say it’s important for debt-laden physicians to keep a few key guidelines in mind to avoid scams or debt-elimination plans that just aren’t the best fit:

1. Call around. Physicians should never agree to a repayment plan without seeking out other offers, says Chad Chubb, CFP, a financial adviser and founder of WealthKeel LLC in Philadelphia. He advises clients to compare rates and terms among several providers, including SoFi, Credible, Laurel Road, and CommonBond. Even local banks sometimes have more competitive rates than what physicians may be offered through text solicitations, he says. Once they have other offers to compare, it becomes easier to spot a scam or just an unfavorable offer, he says.

2. Beware pre-payment penalties. Onerous pre-payment penalties for business loans are another red flag to heed, experts say. Never take a loan with a prepayment penalty for the life of the loan, says David Zetter, CHCC, CHBC, founder of Zetter HealthCare in Mechanicsburg, Penn. He has worked with medical practice clients who receive pitches for business loans that are available regardless of the physician’s credit rating, and these are the ones that most frequently come with unfavorable terms.

“The loans may be legitimate, but they come with huge prepayment penalties, so the lender is guaranteed the interest no matter when the borrower pays,” he says. More reputable firms, he says, allow borrowers to pay off up to 20 percent of the loan each year, so it could be retired completely in five years if the borrower so desires.

3. Read the fine print. Watch out for terms buried deep in lending agreements, says Julie Fresne, senior director, student financial services, for the Association of American Medical Colleges in Washington, D.C. To get the best terms, applicants often must have established credit or a co-signer, she says. In other cases, the advertised low rate may be on a variable loan that fluctuates with benchmark interest rates. With interest rates expected to rise this year, this is particularly important to watch out for, experts say.

4. Beware “paralysis.” Inundated with emails, texts, and flyers from lenders, some physicians suffer from “analysis paralysis,” and summarily disregard even legitimate advice, says Chubb. Assuming every offer is a scam may make them miss out on their best repayment option, he says, even seeing public service loan forgiveness as a scam. “They’ve been approached so many times with pitches that they become wary of the whole thing and just don’t want to think about it at all,” he says.

5. Feel free to say no. Physicians should make sure they aren’t obligating themselves to accept a refinancing offer just because they are approved, says Fresne. “I remind people they should apply and see what offers the lenders come back with and then be able to say yes or no,” she says. “I’m surprised by how often the offers come back with higher rates than what the original federal loans were,’’ wiping out any benefit from giving up their current  loan, she says. Whether refinancing a commercial or federal loan, it’s important not to feel pressured to take a deal on the spot, she says.

Physicians who think they may already be involved in an unscrupulous debt elimination scheme should call their state attorney general, says Shannon Smith, JD, consumer protection division chief for the state of Washington Attorney General’s office. Some states, including Washington, limit how much debt consolidators can charge in upfront fees. In Washington, the limit is $25.

Borrowers should inform the company they wish to cancel, and if they’ve gotten the borrower to authorize a monthly debit payment, that should be revoked. Finally, she says, borrowers should call the company holding their loan and make sure their contact information (not the debt elimination firm’s) is listed as the primary contact.