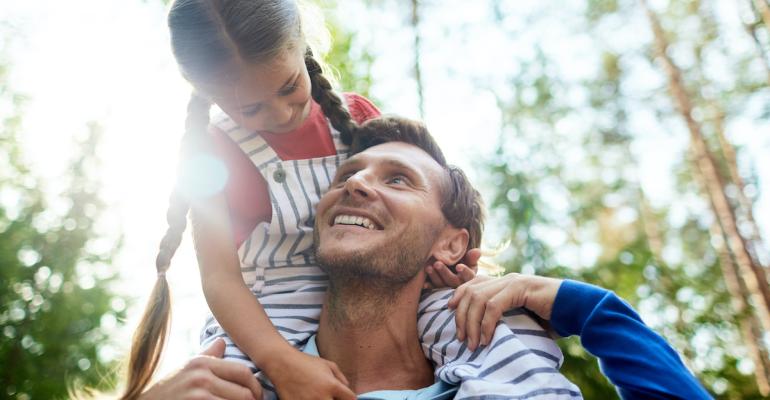 At the start of the year, The Aesthetic Society predicted that “Daddy Do-Over”—the male counterpart of the “Mommy Makeover” that includes pretty much everything from liposuction to gynecomastia (male breast development)—would see a boom as more and more men were embracing aesthetic procedures as a way to “boost their confidence and improve their physical appearance.”

At the start of the year, The Aesthetic Society predicted that “Daddy Do-Over”—the male counterpart of the “Mommy Makeover” that includes pretty much everything from liposuction to gynecomastia (male breast development)—would see a boom as more and more men were embracing aesthetic procedures as a way to “boost their confidence and improve their physical appearance.”

While this year has been anything but predictable, it seems the society was spot-on with its forward-thinking, says Nashville plastic surgeon Daniel A. Hatef, MD.

“I’ve done a lot of liposuction in men this summer,” he notes, crediting the uptick to a combination of two things: “The first is that, because of the global economic slowdown, some men have more free time. So, they have more time to look into self-improvement, and more time to commit to having surgery and recovering.”

“Before, a lot of patients were just too busy to consider doing something like this—chalking it up to being ‘vain.’ With more time on their hands, they are more interested.”

The second factor, Dr. Hatef says, is simply “more awareness” of what plastic surgeons, and aesthetic-related options overall, can do. “Men are seeing the results of high-definition liposuction and body-banking, and they want to restore their physiques to where they were 20 years ago.”

New York plastic surgeon Daniel Maman, MD pinpoints the “surge” to kicking off earlier this summer—and he notes it hasn’t just been limited to the body.

“We have seen a significant increase in men seeking plastic surgery since June. It’s not so much that plastic surgery on men is taboo, but more that they feel uncomfortable having signs of recent surgery, i.e., bruises, at work. With more men working remotely, I’ve done more male eyelid and neck surgeries this summer than ever before.”

While La Jolla, CA plastic surgeon Robert Singer, MD hasn’t seen too much of an increase in male patients beyond the “normal 10 percent,” he typically treats, like Dr. Maman, he has also experienced an increased interest in the eyes and neck in this specific group—to which he attributes one singular source.

“Because of Zoom, people see their face in a little different perspective,” Dr. Singer says. “I haven’t necessarily seen an increase in male patients, but the ones who are coming in are coming in about their eyelids and because they think they look a little more ‘concerned’ than they did before—probably because there are more things going on now.”

“They are coming in for injectables and some say they see their necks aging more,” he adds. “But, we’re not seeing a big increase in male body contouring as compared to others.”

Similarly, Orland Park, IL plastic surgeon David A. Dreyfuss, MD says his office has “seen a slight uptick in men for noninvasive and minimally invasive procedures, but not a huge surge as predicted by our society.”

Berkeley Heights, NJ plastic surgeon Reza Momeni, MD has also not had a large number of male patients interested in surgical procedures come into his practice, but says it is definitely accurate to state that “nonsurgical plastic surgery among males appears to be rising.”

“It might be due to them being on video calls all day, or the fact that with the pandemic, their outlet for self-care and health-spending, such as gyms, personal fitness, etc., is restricted in many states, including NY/NJ from where we draw patients,” he says.

And, while Newport Beach, CA plastic surgeon Sanjay Grover, MD loves “the concept for a Daddy Do-Over, and thinks it’s a great time for one,” he can’t say he’s seen an uptick in the number of men requesting body-contouring procedures—although its female-focused counterpart is still as popular as ever for his patients.

“However, I have seen a huge increase in the number of women requesting more body-contouring procedures this summer. We are doing many breast revisions, many breast augmentations, many abdominoplasties with liposuction, and many mommy makeovers.”