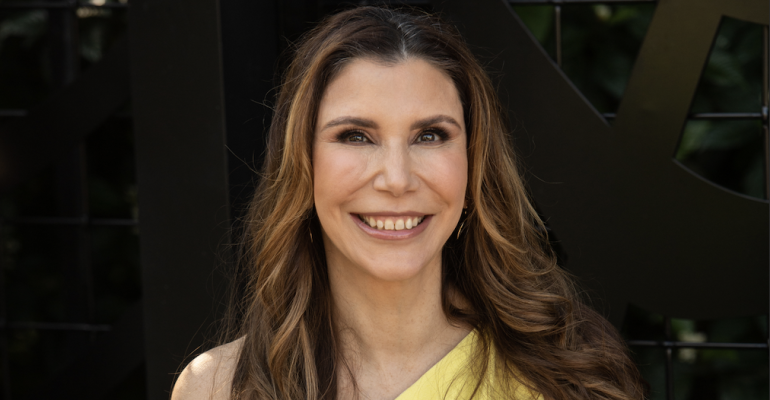 As a child, Jennifer Levine, MD, wanted to be president of the United States. Sadly, her dream was quickly shot down when she was told that it was impossible because she was female. “I remember being really upset about the realization that being a girl would prevent me from becoming President; and sadly, we have yet to see a woman as President,” Dr. Levine emphasized.

As a child, Jennifer Levine, MD, wanted to be president of the United States. Sadly, her dream was quickly shot down when she was told that it was impossible because she was female. “I remember being really upset about the realization that being a girl would prevent me from becoming President; and sadly, we have yet to see a woman as President,” Dr. Levine emphasized. Although she was disheartened, she pivoted her childhood dream and decided that she wanted to be the future editor of Vogue Magazi 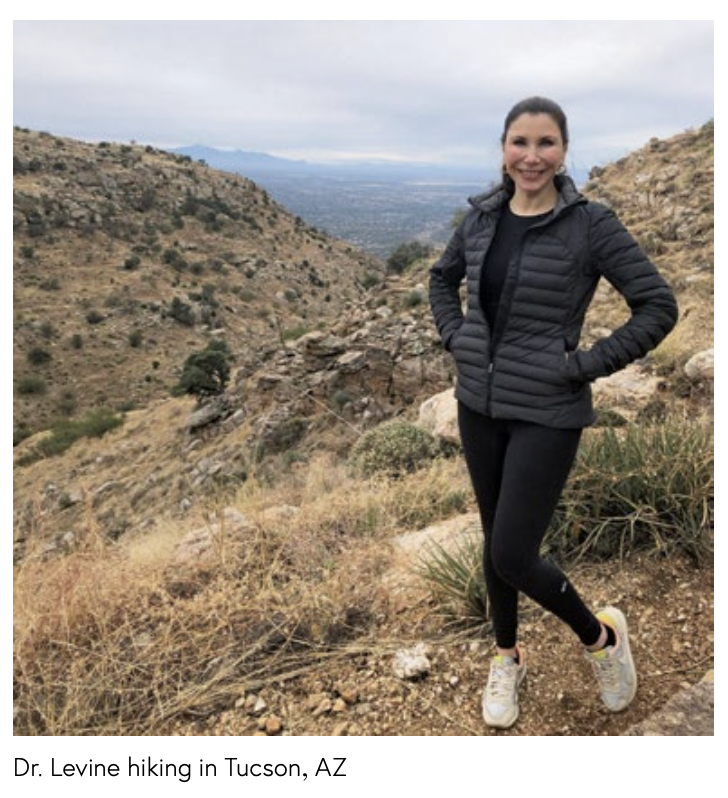 ne. But as luck would have it, fate had other plans, leading Dr. Levine on the path to medicine, where she is now a world-renowned, award-winning, double board-certified facial plastic surgeon.

Despite being told that women had no place in male-dominated industries in her youth, Dr. Levine went to medical school. “I skipped two years of school and graduated high school before I was 16. I went to college, medical school, then residency,” she explained.

When starting her residency at Lenox Hill in 1995, she was the only woman amongst 20 men. “I was not prepared since my medical school was roughly 50:50. I had come from an academic environment where there was a semblance of equality. I soon learned that female equality in surgery was nonexistent. I did not have the fortune of having female mentors, and the women in surgery had the attitude that if they suffered, then so should I,” she recalled.

After successfully getting through her residency, Dr. Levine made herself a promise, “When I started my practice, I vowed to make sure that I would take a different approach and offer a helping hand to any woman in medicine who needed it. I am proud to say that 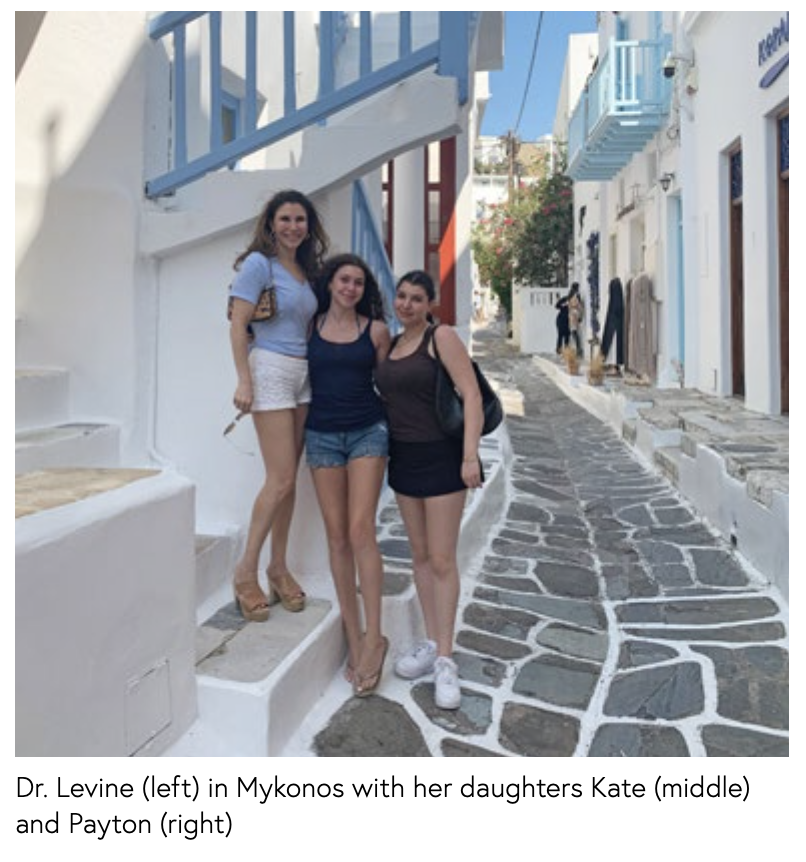 15 years later, I run an all-women practice,” she enthused.

An Innate Appreciation of Art & Beauty

From an early age, Dr. Levine had a profound appreciation for the intersection of beauty, precision and mathematics. Her interest in the arts and sciences helped pave the way for her career in aesthetic medicine. “I was always interested in art, particularly drawing and sketching of faces,” she shared.

To put herself through medical school, Dr. Levine worked as a calligrapher. “I studied calligraphy for many years; who says all doctors have bad handwriting,” she joked.

“As I went through school, I was drawn, pun intended, to the exactness and problem-solving of math and science. For me, being a doctor and practicing medicine is the perfect combination of both art and science,” she shared.

shion illustration, animation and cartooning. The lines and movement of the human form was a passion of mine, so aesthetic plastic surgery was a natural field for me. And, I also love innovation and technology. I have always thought of myself as an innovator, and I like to think out of the box. The aesthetic field is one that is always changing and growing, so I really enjoy it,” Dr. Levine elaborated.

The path to becoming the fellowship-trained facial plastic surgeon and beauty expert she is today did not come without its challenges. During Dr. Levine’s residency, they tried to close the hospital where her residency was based and disband her program. “In an instant, I realized that all my hard work and long hours of studying could ultimately be for nothing. I decided then that I would never put my faith in an institution again and that I would work for myself,” she stated.

Shortly after the residency program almost dissolved, Dr. Levine became pregnant. “I knew I wanted to have a career, and I knew I wanted to be a mother. My balance of these two, sometimes opposing, goals has shaped my choices,” she explained. “I was planning on applying to fellowship programs, but I knew I would not be able to travel. Some of my attending physicians were in the process of creating a fellowship in facial plastic surgery, so I spoke to my chairman. I got the fellowship approved for the year following my final year of residency. This fellowship is still in existence today.”

Juggling a professional life with motherhood is no small feat. What helps Dr. Levine strike a balance, is presence. “Like any mom, I do the best I can. The world wants women to work like they do not have children and parent like they do not work outside the home. I try to be present no matter where I am or who I am with. When I am a mom, I try not to think about work. At work, I focus on my job. Being present is important,” she acknowledged.

“Fun fact, the daughter I was pregnant with during residency, Payton, just graduated from my alma mater, Columbia University, following in my footsteps,” she exclaimed.

Dr. Levine’s inspiring personal and professional journey continues to evolve. She has been in practice on the Upper East Side of Manhattan for 18 years, “It is where I trained, and I never left,” she added. She is in a private solo practice where she likes to combine surgical and nonsurgical procedures, and she is working on opening a second office with an operating room – a feat very few female surgeons have achieved.

In the coming years, she intends to continue growing and transforming her career and the industry as a whole, “I see myself with offices in multiple locations, traveling and lecturing internationally and having a product line. I want to advance equity in the field and look forward to having women in the surgical fields be fairly represented on the podium, in the media, and in research and publications.”

The myFace Support System: Along the Journey of Thousands of Children Like Didi Diallo and Samara Bacchus
Oct 04, 2022