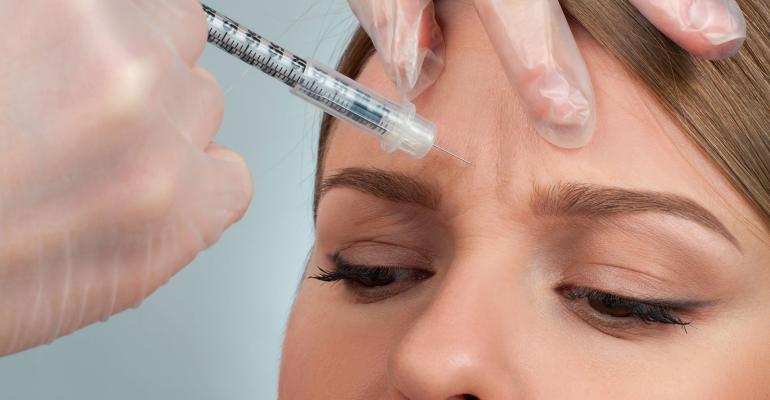 The U.S. aesthetic neurotoxin marketplace is set to expand somewhat dramatically in 2019. On February 1, 2019, Evolus, Inc. (Irvine, Calif.), announced the FDA has approved Jeuveau™ (prabotulinumtoxinA-xvfs), its injectable neurotoxin for temporary improvement in the appearance of moderate to severe glabellar lines associated with corrugator and / or procerus muscle activity in adults.

Evolus, a spin-off from Alphaeon Corp., is the first aesthetics-only firm with a neurotoxin entering the U.S. market in almost a decade. In 2013, South Korea-based Daewoong Pharmaceutical made a deal with Evolus to sell its neurotoxin Nabota, an injectable formulation of a 900 kilodalton (kDa) Botulinum toxin Type A complex, in the U.S., Canada and Europe for a period of five years.

Jeuveau is essentially a rebranding of Nabota, which has gained a reputation overseas as a less expensive, structurally similar alternative to Botox Cosmetic. Evolus is handling sales and distribution of Jeuveau, which is expected to be available in the U.S. in Spring 2019.

Evolus is seen in the marketplace as offering the first identical, drop-in, “frictionless” substitute for Allergan’s market leader, and has backed the Jeuveau roll-out with a novel marketing angle that targets multigenerational consumers, as well as an impressive lineup of solid, FDA-ratified clinical trial results.

For instance, studies included two U.S. pivotal Phase III trials and a European & Canadian Phase III head-to-head trial versus Botox Cosmetic, in which all primary and secondary endpoints were met and there were no serious drug related adverse events reported.

In response to the announcement of Jeuveau, Allergan and its Botox Cosmetic partner Medytox on January 30, 2019 filed a complaint with the U.S. International Trade Commission, alleging that a former Medytox employee stole trade secrets on the intricate neurotoxin manufacturing process, which led to the development of Nabota and then Jeuveau. Both Evolus and Daewoong have denied the allegations.

This is not the first time that Allergan and Medytox have applied legal and regulatory efforts to bar competition. The partners in December filed a petition with the FDA that also raised questions about the source of the Botulinum strain used in Jeuveau. That petition was reportedly turned down by the U.S. regulator. And in 2017, Medytox had also sued Daewoong in Korea.

In an unrelated action, in Spring 2018, the FDA had raised concerns about Daewoong’s neurotoxin manufacturing facility in South Korea, which had been built exclusively for the production of neurotoxin products. Eventually, the agency went on to fully validate the plant clearing the way for Jeuveau’s regulatory approval in the U.S.

Jeuveau will enter a market where penetration rates in the U.S. and around the world remain low among consumers that are interested in getting treated. Evolus is banking on increasing interest in wrinkle reduction treatments from the millennial population, which has been more open to aesthetic procedures than older generations.

Evolus is also expected to boost the market by offering Jeuveau at lower prices in an effort to undercut Allergan, as well as actively target non-traditional markets like family practices.

Beyond Microneedling - Techniques for Skin of Color
Oct 12, 2021