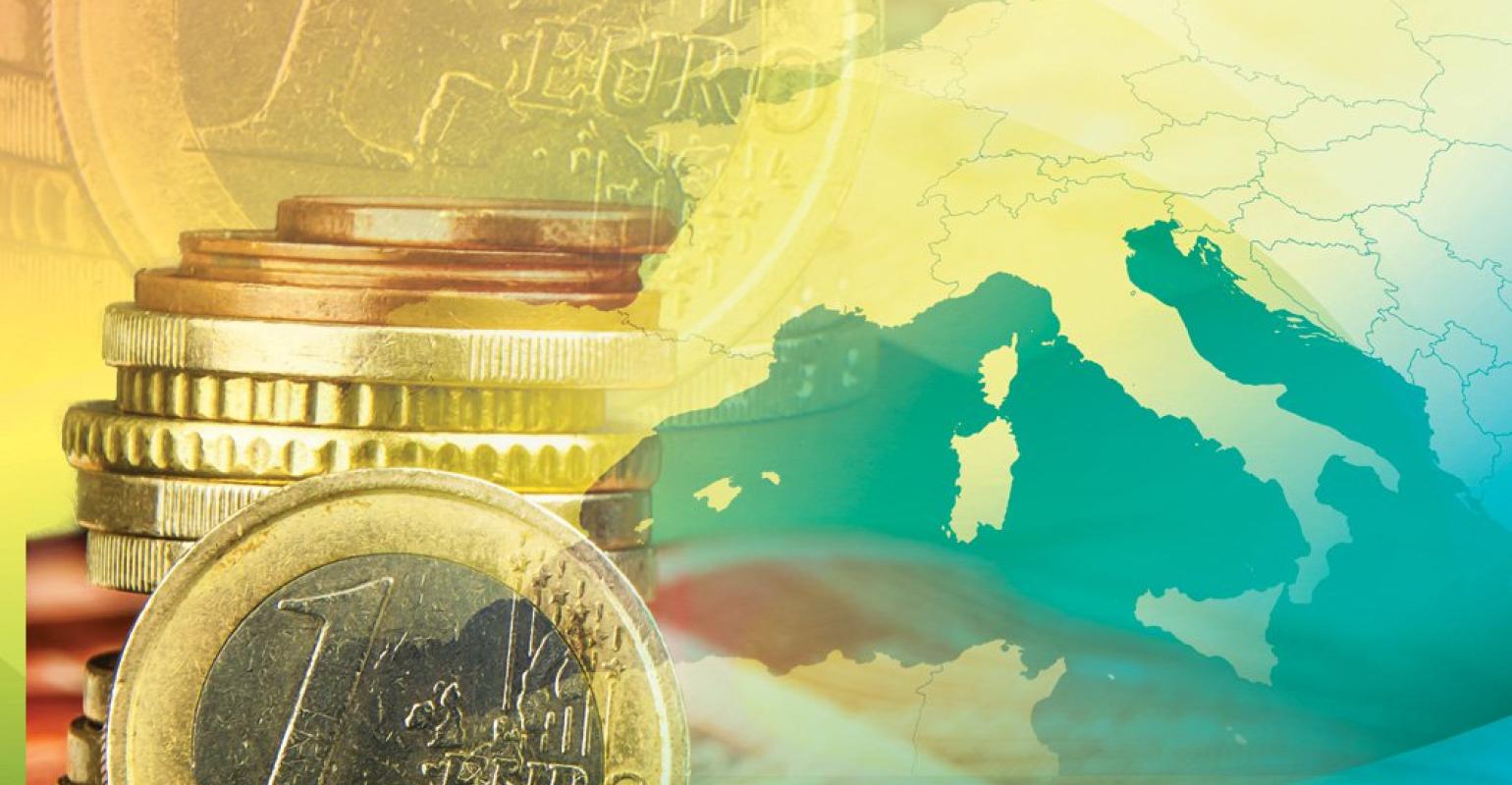 “In the European region, there are no homogenous markets or trends,” Dr. Fritz expressed. “The growth in our industry differs from country to country and depends on economic situations. There is not one Europe, in that respect.

“For instance, the difference between Bulgaria and Spain is larger than between Germany and Thailand. Sweden, Germany, France and Switzerland are the engines that are moving and pulling everyone else along,” he elaborated. “In some countries, including Germany, it is mainly dermatologists and plastic surgeons that offer laser-based procedures and facial injectables.”

As reported by Hugues Cartier, M.D., a dermatologist in Paris, France, and past president of the Laser Group of the French Society of Dermatology, “Germany and England are the largest markets for aesthetics, followed closely by Italy and Spain. France, on the other hand, while being an essential market for product manufacturing in the industry, is very expensive when it comes to aesthetic procedures.”

More than ever, global politics has been affecting the market for cosmetic procedures and business in general – for instance, Spain’s recent political upheaval and the Brexit movement in the U.K.

As noted by Koenraad De Boulle, M.D., a dermatologist and director of the Aalst Dermatology Group in Ghent, Belgium, “There is definitely growth, but we see downward shifts in places like the U.K., where Brexit really does influence many markets including surgical procedures, which have been slightly declining in that country. Conversely, Spain is becoming very active again.”

Among European countries there is a singular difference from other regions due to the lack of an overarching regulatory body, such as the FDA in the United States.

“We do not need government endorsement like an FDA approval,” Dr. Fritz indicated. “We have a technical approval, the CE Mark. The use of technology does not need to be approved. It can be used under the responsibility of a board certified physician. In that regard, European practitioners are freer to use newer technologies. Also, this is the reason we have a much wider range of fillers than other parts of the world.”

Throughout Europe, much of the demand for aesthetic products is centered around lasers and other energy-based devices, such as skin tightening and body contouring systems that provide good results with low downtime.

“The absolute buzzword in Europe right now is body contouring,” noted Dr. Cartier. “I’ve been employing cryolipolysis and shockwave therapy to distinguish my clinic from others. We also combine these therapies with radiofrequency (RF)-based energy, but those treatments can take time and a lot of sessions.”

“We use devices to address areas like the horizontal lines on the neck, where no single existing procedure can achieve dramatic improvements,” he said.

“In addition, some RF devices can be good for treating the upper arms. Patients must understand they will need a number of sessions with energy-based devices, but these are generally well-tolerated. Unique techniques like CoolSculpting have been very well received, too.”

An example of a modern energy-based device designed for face and body rejuvenation is the Secret™ RF from Cutera, Inc. (Brisbane, California, U.S.). This fractional RF microneedling system offers a tailored approach to skin revitalization, combining bipolar RF energy, semi-insulated and non-insulated needles, and user adjustable settings, to stimulate and remodel collagen and address the common signs of aging with little to no downtime. The short treatment yields effective results on fine lines and wrinkles, scarring (including acne scars), stretch marks and photodamage on the face and body.

In 2018, Europe’s medical aesthetic market has been following many of the same major trends found in North America and other regions: growth driven by the increasing affordability of treatments, and significant improvements in medical devices, techniques and technologies. Adding to that are the expanding populations of aging Baby Boomers, Gen X-ers, Millennials and the up-and-coming Generation Z or iGen, with all groups increasingly aware (via mainstream television, the Internet and social media) of the latest aesthetic / cosmetic procedures and anti-aging therapies.

One of the most important changes in the market has been the increasing popularity of energy-based feminine rejuvenation procedures. These non-surgical treatments often combine energy-based devices with dermal fillers and other injectables, and are designed to address a range of sexual health and wellness-related indications.

As characterized by Dr. Cartier, “The subject of vaginal rejuvenation has been democratized and is no longer taboo, but we need to offer patients safer procedures. The subject of treatment safety was brought up again this year by the U.S. FDA saying manufacturers should produce more clinical studies.”

“There is a wild growth of procedures based on these indications, purporting to cure all kinds of different conditions,” he continued. “This is absolute nonsense. What needs to stop is people overpromising procedure results when nothing has been substantiated, clinically, by my studies or any serious follow-up.”

Despite the growing popularity of energy-based therapies, currently injectables, such as neurotoxins and fillers, are dominating the European aesthetics marketplace, according to Dr. Fritz.

“The big companies are controlling it. Merz has Belotero, Galderma has Restylane, Allergan offers Juvéderm, etc. Then there is Teoxane with Teosyal and Croma with its Princess line.”

While more than 100 hyaluronic acid (HA)-based fillers are available in Europe, “There are only three botulinum toxins,” Dr. Cartier pointed out. “We expect new toxins, in particular the ones coming in from Korea, to make a difference in the European market soon.”

Due to rapid advancements in dermal filler technology, more products offer aesthetic results previously only achievable via surgery, but at a lower cost and usually with very little recovery time.

Physicians are starting to step away from non-HA based fillers, Dr. De Boulle reported.

“Currently, you see the regulators and other authorities in all countries checking what fillers are prone to adverse reactions, such as intravascular complications,” said Dr. De Boulle.

HA-based products are considered to be safer because they are made from a natural ingredient found in our skin vs. animal or human material, which makes them very low risk for allergic reactions.

“When you use an HA filler, you have the option of reversing things. Hyaluronidase is the ‘magic eraser’ for HA,” Dr. De Boulle shared. “We know that hyaluronidase will permeate the vessel wall so you can undo what has been done. If you use Radiesse or some other injectable, or a permanent filler product, then you cannot do anything to reverse the outcome. If you hit a vessel or something goes wrong, you’re stuck with the result.”

Another popular approach to facial rejuvenation is the use of thread lifting products. This procedure offers lifting of the brow, midface, jowl and neck using special threads (or sutures) instead of the classic surgical facelift. Thread lifting is often used in combination protocols to address mild to moderate sagging of facial tissues. There are two main types of threads or sutures used: Free floating barbed threads that do not need to be suspended to hold the lift; and smooth or suspension threads that have to be attached to the face or scalp.

“There has been quite a lot of buzz around threads, but they are somewhat disappointing,” stated Dr. De Boulle.

“More people have been requesting thread lifting procedures, with both biodegradable and suspension threads,” he continued. “They like the immediate results, but many want them removed at some point. This is often because they become infected. It happens mostly in the hairline, which is frequently loaded with bacteria and other germs.”

Dr. Cartier agreed that, while thread lifting has grown in popularity, “physicians must learn the limitations of this technique.”

Notably, European practitioners have always been on the cutting-edge of tailoring individual anti-aging treatments that emphasize patient satisfaction and reduced patient discomfort. These bespoke treatments are usually combination therapies that achieve therapeutic results using popular technologies and techniques, including mesotherapy and approaches based on regenerative medicine.

“Individualized cosmetic therapy, in which treatment is carefully adapted to each patient, got its start in Europe and has spread around the world,” noted Dr. Cartier.

One such combination facial rejuvenation procedure reported by Dr. Cartier utilizes RF-based microneedling plus ablative fractional laser sessions to treat the dermis, followed by an arrangement of intense pulsed light (IPL) and Q-switched laser sessions to address the complexion.

“It is a good idea to use fillers and neurotoxin, as well as dynamic phototherapy in combination with laser and light energy, to achieve superior results,” said Dr. Cartier.

Some of the most effective “mixed” therapies have utilized multiple energy types and employed injectables that target specific areas or compartments of the face.

As described by Dr. Fritz, “A full battery of procedures would combine cryolipolysis or RF-based energy plus shockwave therapy and / or injection lipolysis.

“For general skin tightening, combine monopolar RF and possibly dermal fillers with neurotoxins,” he continued. “Overall skin rejuvenation can include picosecond laser treatments in combination with HA fillers. RF- and high-intensity focused ultrasound (HIFU)-based systems can be used, as well. HIFU for addressing deep tissue and RF for the upper face.”

Regenerative medicine approaches have gained momentum in Europe, mostly in the form of injectable biologics like platelet-rich plasma (PRP) and stem cells.

“PRP had been advocated as something one could use to treat any condition, but I think it is a promising procedure used as an adjunct for hair transplantation,” said Dr. De Boulle. “All you really need to do to succeed is to properly prepare your injectable and have a very good centrifuge.”

While PRP enjoys rich therapeutic value in other specialties, its application in the aesthetic space has not been thoroughly vetted by clinical studies. “As a result, this type of treatment is only of moderate importance today, and limited due to lack of scientific evidence,” said Dr. Cartier.

“There is increased use of PRP in cosmetic and regenerative applications, but we also need guidance, such as injection protocols,” he added. “For instance, when should we inject and in whom, and for which indication? It could be aesthetic or medical reasons, such as vitiligo, lichen, psoriasis, alopecia, wound care, etc.”

As in other parts of the world, the use of stem cells in aesthetic or dermatologic treatments is at an early stage, with virtually no regulatory guidance and many ineffective products.

“With the technology available today, one can derive stem cells from fat and peripheral blood, which is then processed and reinjected,” stated Dr. De Boulle.

“In addition, the growth factors collected will eventually show up in some topical skincare products,” Dr. De Boulle noted. “However, we don’t yet have a method that can put that topical cream full of stem cells and growth factors through the epidermis. Some manufacturers make claims that it can be done, but that is mostly false information and overpromising.”

Of the more traditional rejuvenation approaches, fat transfer has received newfound attention with the introduction of nano-fat and microfat transfer techniques, in which liposuctioned fat is subjected to multiple emulsification and filtering processes.

In microfat grafting, thin injection cannulas are used, but even thinner injection needles can be used in nano-fat transfer. “Most other autologous fat transfer procedures these days are being performed in reconstructive and plastic surgery practices,” noted Dr. De Boulle.

Asia-Pacific emerging as the new 'Mecca' of medical aesthetics

Medical aesthetic industry trends for 2018 and beyond