Looking at the Man in the Mirror 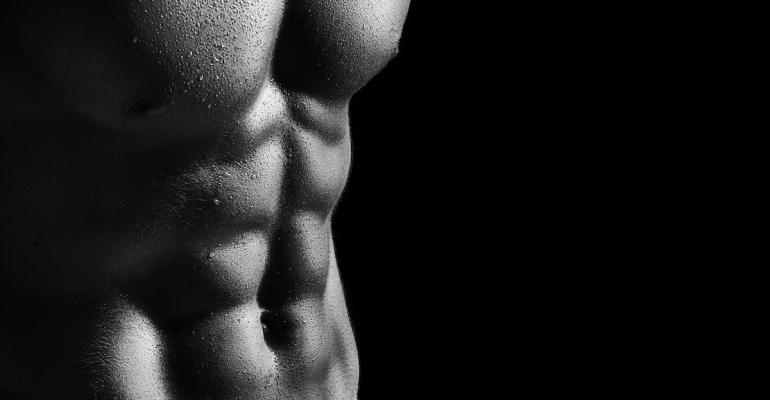 According to the latest statistics from the International Society of Aesthetic Plastic Surgery(ISAPS), men currently make up about 13.5% of the global surgical market for cosmetic procedures and just over 13% of the demand for non-surgical procedures worldwide. Significantly, the American Society of Plastic Surgeons’ member survey reported that members performed more than 1.3 million cosmetic procedures on men in 2018, which was a 29% increase since 2000. In addition, The Aesthetic Society had reported that the number of cosmetic procedures performed among men had increased more than 325% from 1997 when the Society began its survey.

According to the latest statistics from the International Society of Aesthetic Plastic Surgery(ISAPS), men currently make up about 13.5% of the global surgical market for cosmetic procedures and just over 13% of the demand for non-surgical procedures worldwide.

Significantly, the American Society of Plastic Surgeons’ member survey reported that members performed more than 1.3 million cosmetic procedures on men in 2018, which was a 29% increase since 2000.

In addition, The Aesthetic Society has reported that the number of cosmetic procedures performed among men has increased more than 325% from 1997 when the Society began its survey.

“I noticed things changing around 2013,”said plastic surgeon Douglas Steinbrech, MD, (New York City, N.Y.).“I was in my Park Avenue office and had an aesthetic practice with a patient base comprised of about 85% women. There were just so many people doing breast augmentation, facelifts, and tummy tucks in New York that it was challenging. Everyone was competing. Everyone was dropping prices.”

Dr. Steinbrech started to focus more on men, and then his practice manager suggested the practice do an educational website for men. By 2014, his website went viral, and his male aesthetic business has been booming ever since.

Judson Brandeis, MD, who owns the BrandeisMD Male Rejuvenation Center in San Ramon, Calif., is a board-certified urologist who realized the need for men’s aesthetic services while practicing sexual medicine.“If guys don’t feel like they look good or don’t feel good, they don’t want to have sex,” he stated.

With most practices concentrating on women, Dr. Brandeis, whose book The 21st Century Man: An Owner’s Manual for Optimizing Your Life, due to come out September 2021, thinks it is inevitable that the industry will begin to go after more men.“But I still don’t think aesthetic practices have a good understanding of how to market to men,” he said.

Despite the male aesthetic market’s potential, many plastic surgeons elect to ignore or minimize male-directed online efforts, Dr. Steinbrech and co-authors reported in a paper published in 2015.1, “However, as the number of men seeking cosmetic procedures continues to grow, plastic surgeons will benefit from incorporating male patients into their practice model,” they wrote.

So, what is driving men to take the cosmetic procedure plunge? Several factors, according to Dr. Steinbrech, who edited the textbook Male Aesthetic Plastic Surgery.

First and foremost, social media is making it acceptable for men to flaunt their looks. They want to look better for the camera. Before social media became so prominent, men were shyer about taking off their shirts and posing for photos or videos.

“Now, guys are showing little to almost no clothing just to get more eyes and more likes. We are seeing more male skin everywhere on social media,” Dr. Steinbrech commented.

Aesthetic practices marketing to men can reach them on social media but should know that men and women have different preferences for online destinations and platforms. Dr. Steinbrech said he focuses a lot of his social media activity on Instagram and YouTube. YouTube, for example, allows practices to get more in-depth and educational.“Men like that. It is just like watching TV, and they go from one video to the next,” Dr.Steinbrech said.

On Dr. Steinbrech’s YouTube channel, Alpha Male Plastic Surgery, one popular video features Dr. Steinbrech with a 55-year-old male patient who seven years prior had body sculpting. The patient has rock hard and defined abs, a near-perfect backside, and looks like he is in his 30s. This video has more than 83,000 views.2

Men are not only viewing the videos, but they are coming in in droves for surgical and nonsurgical procedures, according to Dr. Steinbrech, who now has practices catering to the male market in New York City, Los Angeles, and Chicago.

Another factor fueling aesthetic demand among men: Marvel movies. Men want to be superheroes, just like in the movies, Dr.Steinbrech expressed.

“Marvel movies show men that have these very strong and chiseled jawlines. They also have great bodies,” Dr. Steinbrech said.“They are hyper-masculinized and are super-heroes. Men admire them and want to be like them. Women want to fall in love with them.”

Body sculpting options, anchored by EmSculpt from BTL (Marlborough, Mass.), have opened a whole new, in-demand category of options for men, according to Dr.Brandeis.

Dr. Brandeis says he takes a more holistic, stepwise approach to treating male aesthetic patients, most of whom are 45 years and older, at his practice.

Hormone replacement accelerates men’s muscle building and improves their metabolic rate, then aesthetic treatments follow, including EmSculpt, which helps to define the body.

“Men are going to have little pockets of fat that they cannot eliminate, which are typically around the lower belly and love handles. I like SculpSure (Cynosure) technology to eradicate those little excess pockets of fat,” Dr. Brandeis said.“But I am very selective about using those technologies, which some people are using for fat removal in place of dieting. I won’t let my patients do that. They have to lose the weight. I have a nutritionist and exercise physiologist that I work with.”'

Dr. Steinbrech starts out by having men define the look they are after.“Women hate to be pigeonholed:‘She’s the smart one.’‘ She’s the brainy one,’” Dr. Steinbrech began.“But men love it. Once you say you are a jock or you are a geek, they take pride in that. They own it.”

Dr. Steinbrech has trademarked aesthetic treatments aimed at male archetypes. He says these archetypes are his most popular: Male Model Make Over, Daddy Do-Over, Body Builder, Boardroom Guy, and the massive weight loss patient, or the Biggest Winner.

Dr. Steinbrech achieves the “Male Model” look with facial fillers.“We use injectables to create a more chiseled jawline, and higher cheekbones. What this can do is transform you from a model that might be on the inside of a magazine to being the guy on the cover,” he said.

With the Daddy Do-Over, Dr. Steinbrech does something he calls Body Banking.“Body banking is removing all the bad fat. For the men, I take it out of the gut and flanks and reinject it into the chest, shoulders, trapezoids, and neck muscles, and maybe the buttocks and glutes,” he said.

He sculpts the male Body Builder look by adding balance and symmetry with implants. Dr. Steinbrech has actually designed abdominal implants. Some bodybuilder types have a great chest but smaller arms, or great deltoids and shoulders but not much bulk in the chest.

“What we do for these guys is we help out in areas where mother nature did not quite finish the job,” he said.

The CEO or Boardroom Guy wants to stay competitive in a sea of younger men vying for his job, according to Dr. Steinbrech.“For these guys, it is usually a neck lift or an eye lift, so they can look better and compete in a better way.”

Dr. Steinbrech said his favorites are the men who have lost a lot of weight. Treating that might include a “360-SwimSuitBodyLift,” chest lift, thigh lift, and muscular enhancement.

“They usually get this mushroom or muffin top around their beltline, so for them, what we do is ‘tuck the shirt in their pants.’ We take out all the fat and put it upstairs,” he expressed.

With a focus on sexual wellness, Ms. Thiry, who practiced for several years in urology, said many of today’s men are interested in shockwave therapy for erectile function. Shockwave therapy increases sensitivity and function because it helps to regrow the arteries and veins in the tissue, she explained.

“We have what we call an ED protocol, where we often use the Priapus Shot (P-shot), the platelet-rich plasma injection, along with shockwave treatment. We use this for all levels of erectile dysfunction,” she said.“Research shows that 80% of the time, there is a step down in therapy needed for someone who has erectile dysfunction once we do a series of ten shockwave treatments. They are done twice a week over five weeks. This is what has been shown in studies to be most effective.

Many of the same patients who undergo the ED protocol also elect to have body sculpting with EmSculpt Neo (BTL), according to Ms. Thiry.

“Treatment with the EmSculpt Neo causes around 20,000 contractions of the muscles in a 30-minute treatment. The EmSculpt Neo also has radiofrequency (RF), so it is a combination of contraction and the RF that results in roughly a 25% increase in muscle mass and a 25% decrease in fat in the area that is treated,” she said.“Typically, four to six treatments are recommended for that therapy.”

In Ms. Thiry’s experience, many of her body sculpting patients become motivated to live healthier lifestyles.“It gives them the confidence they are looking for in order to hit the gym or take a run with their shirt off,” she said.

And more than half of Ms. Thiry’s platelet-rich plasma (PRP) for hair replacement patients are male.“It is a fantastic tool,” she said.“It increases hair follicles by 30% to 50% per treatment. Anywhere from three to six treatments are recommended, depending on the level of hair restoration needed.”

Men and Aesthetics: The Future

Aesthetic procedure demand among men is likely to grow as more men realize, for example, that they can have implants like their girlfriends.

The market will improve as more providers understand what men want, and companies and practices market more to men, according to Dr. Steinbrech. But the first step is to recognize that the genders are vastly different.

One of the problems among injectors who primarily treat women, for example, is that they do similar treatments on men, plumping up their faces, when in fact, men want more structure and chiseled features, he pointed out.