Generational aesthetics: What providers need to know – from A to Gen Z 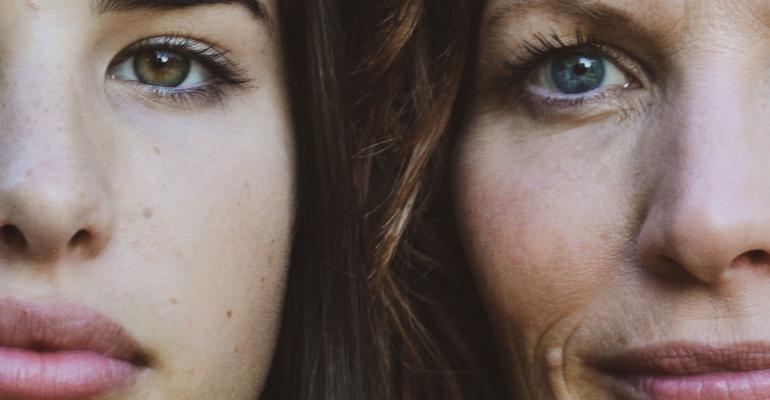 Social media and its impact on 20- and 30-year-olds has caused an aesthetic revolution, says Lori Robertson, MSN, FNP-C, owner of Skin Perfect Medical, in Brea, Calif. And, as a result of today’s shifting influences and desires, the aesthetic industry has been confronted with the need to offer solutions for the spectrum of generations.

Ms. Robertson, who specializes in injectables and laser treatments, says her typical consult several years ago would have been a woman in her 30s, 40s or older, interested in correcting wrinkles, sun damage or other visible signs of life’s wear and tear.

Now, thanks to an active Instagram presence, Ms. Robertson says her practice is busy treating millennial and younger consumers who come in knowing what they want, who she is and how she goes about practicing aesthetics. In essence, they build their rapport with her online before meeting face-to-face.

“They do their research. They come in already trusting me because they’ve seen it, heard it, learned about it,” says Ms. Robertson, who is participating on the Generational Aesthetics panel as part of the Keynote Address at The Aesthetic Show 2019.

Social media has been a stronger referral source than even word of mouth, Ms. Robertson states. “Word-of-mouth referrals still have to get to know and trust me when they come in for their consultations.”

“With social media and selfies it seems like people are much more focused on preventative aesthetics and facial balancing,” she says.

According to Erez Dayan, MD, a plastic surgeon in Reno, Nev., it is important to pay attention to and meet millennials’ aesthetic demands.

“Millennials are beating out baby boomers in population size. That is something we really need to take into consideration when looking at aesthetic treatments – population desires are shifting,” he points out.

Today, consumers base their beauty ideals and desire for change on selfies and what they see on social media, says Dr. Dayan, who will also participate on the Generational Aesthetics panel at The Aesthetic Show 2019.

When they come in for rhinoplasty, for example, they might not like what they see in their selfies based on a basal view of the nose. “Previously people didn’t look at the basal view,” he says.

Another evolution: Consumers want to look like their touched-up selfies or celebrities.

While many millennial patients have realistic expectations and only want tweaks here and there, Ms. Robertson says some look at celebrities and others and want to mimic their features in an unrealistic way.

“For example, younger generations want to look like Bella Hadid and they bring in a picture of her. But if you have a round face you are never going to look like her. They come in with no lips and want lips like Kylie Jenner. Or, they come in and show me a [touched-up] photo where there are no under- eyes at all; it is just all flat,” Ms. Robertson shares.

It is important that providers say “no” to patients who have unrealistic expectations and explain to them why, she says.

According to Ms. Robertson, this is very important for people in their 20s and 30s. “I explain to them that they already look young and pretty, and if they put a bunch of product in their face they are going to look older and done,” she expresses.

“We providers need to be very patient-focused and honest and let them know what can be done while still appearing natural and beautiful without looking fake, older and done.”

“Expectations are evolving and, as aesthetic surgeons and physicians, we have to deal with that. You have to meet those expectations,” Dr. Dayan says.

The good news for aesthetic practitioners is that younger patients are driving the mindset that cos- metic procedures are normal and something to openly share. They are no longer taboo.

A defining characteristic of the baby boomer generation is its competitive spirit, according to Ms. Lear, founder of Inlay Insights (Minneapolis, Minn.), This is especially true with younger boomers, who are sometimes referred to as the “keeping up with the Joneses” generation, she says.

“When people think about boomers, they look at these big cultural moments around civil rights and women’s liberation, Martin Luther King and JFK, events like that,” says Ms. Lear.

However, younger boomers were also greatly impacted by the OPEC oil embargo and Stagflation, and the flourishing birth rate created a sense of scarcity as boomers entered the work- place. The generation, with its some 80 million members, flooded the American infrastructure. Growing up with greater scarcity of resources than younger generations has made boomers a competitive bunch.

“In terms of aesthetics, I think that has shown itself pretty clearly with more affluent baby boomers. That keeping up with the Joneses mentality is tap- ping into their competitive spirit to look a certain way,” Ms. Lear notes.

The obsession with youth that exists today was started with the youth culture of boomers.

“There’s real pride in being young, whereas before, with traditionalists, there was a lot of reverence for age and experience,” says Ms. Lear.

Influence is a factor for boomers, but that influence might come from sources other than social media. Baby boomers and their millennial children typically have very close relationships and have proven to be highly influential over each other’s purchasing behavior, according to Ms. Lear.

“Another thing that we can say about the boomers is because of their more optimistic, idealistic, competitive spirit, they’re young at heart. They’re really changing what it means to age,” she says.

Generation X, or Gen X, is a smaller generation, representing about 60 million people.

“One of the biggest events and conditions that we look at during the formative years of Gen X was the emergence of 24-hour media,” Ms. Lear says. “A trend that we see with Gen X is a rising level of skepticism. They saw a lot of institutions being called into question during their formative years and this ranged from organized religion, to sports, politics and medicine. There was across-the- board scandal during this time – one, because scandal existed and, two, because with 24-hour- news they needed content to fill that time.”

The generation’s skeptic view is apparent in every industry, including aesthetics.

“By the time the average Gen X-er was 20-years- old, he or she had watched 23,000 hours of tele- vision. You couldn’t binge watch or fast-forward through commercials. So, when they were teen- agers they were being sold to constantly. And advertising didn’t have the same regulation as it does now,” says Ms. Lear.

As a result, Instagram influencers, who have trans- formed the aesthetics industry for millennials, have had less impact on the older Gen X-ers.

“I hear in my focus groups a lot of ‘If it is too good to be true, it isn’t true,’” Ms. Lear shares. “But in many ways the aesthetic industry com- batted skepticism with things like before-and- after imagery, which have become really popular. There are a lot of brands now that, rather than rely on celebrity endorsement, use actual users of neurotoxin or fillers.”

The millennials pack a powerful punch based on their size: about 82 million.

“Any report you look at about millennials in aesthetics is very good for the industry,” Ms. Lear high- lights. “There is interest in preventative care. The oldest millennials are almost 40, so they grew up during the rise of social media. I’m not really talking about Snapchat and things like that, particularly, but rather growing up with the general creation of this new landscape of media.”

With that comes an increased emphasis on physical appearance, because photos have become such an important part of personal and professional branding, says Ms. Lear.

“They grew up with a lot of the stigma around products like Botox, for example, having faded. Part of that is because Instagram influencers and celebrities have become more open about it. There is a movement now of celebrities and models wanting to be more honest about what they do to look like they do,” she says. “It is one of the reasons there has been so much growth in the aesthetic industry.”

The data on this generation is evolving, Ms. Lear states.

“There is always a black swan moment that could change the trajectory of whatever is being mea- sured,” she notes. “I think it is going to be interesting. I say that because millennials are such heavy consumers of the aesthetic industry, and with every generation there is a little bit of a pendulum swing.”

It could be that Gen Z-ers, who are 76 million strong, buck this trend towards having cosmetic procedures earlier to achieve certain looks.

“Gen Z-ers are, for the most part, raised by Gen X, so that skepticism these parents have is obviously a big part of who these Gen Z-ers are. They do have more of that realistic perspective,” Ms. Lear says.

On the other hand, they’re growing up with even more social media focused on images and not words.

In light of the changing aesthetic demographics and aspirations, the industry has been busily creating solutions that can be used in place of classic operations – like the facelift – or basic fillers and neurotoxins.

Dr. Dayan says there is a large group of patients who are too young for surgery and too old to rely only on fillers and neurotoxins. Those patients fall into a treatment gap.

Today’s providers are filling that gap with technology. One example is in the area of skin tightening for the patient that doesn’t have enough lax skin for a facelift but wants some tightening.

Furthermore, RF-based skin tightening can be used all over the body, he says.

“I use it anywhere from the lower face and neck down, to tighten skin. You can use it on breasts. You can use it on discreet areas that you cannot operate on typically, like above the knee or above the belly button – even for labiaplasty,” he says. “Evolving technology has allowed us to tighten the skin 30% or 40%, whereas previously, operating on it was a little bit of overkill.”

Using demographic generalizations to your advantage

According to Ms. Lear, broad-brush descriptions of generational influences and behaviors can help aesthetic providers and others to sociologically understand populations of patients, which can help target things like marketing.

However, meeting one-on-one with a patient is more psychological than sociological. Understanding individual patients requires good old-fashioned questioning and listening.