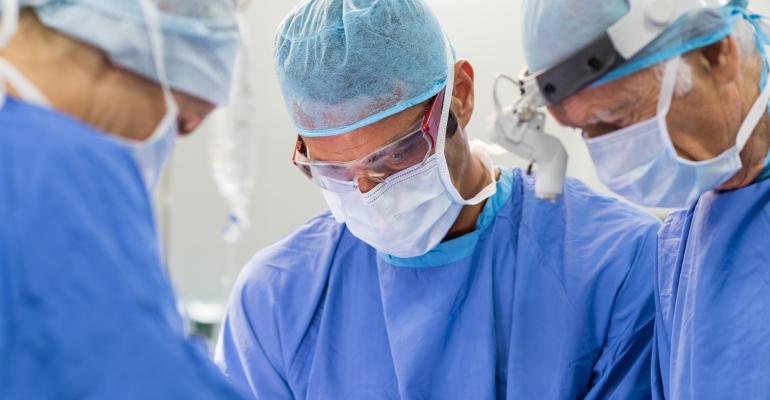 WASHINGTON (July 11, 2019) — In the first of a kind study, plastic surgeons at Georgetown University Medical Center found that when a man chose to have a nip or a tuck on his face, it significantly increased perceptions of attractiveness, likeability, social skills or trustworthiness.

The study, published in JAMA Facial Plastic Surgery, shows that men benefit from facial cosmetic surgery in much the same way as women: Other people find more to like in that new visage. However, the study did not show a significant impact on perceptions of gender (masculinity), whereas a similar study performed with women in 2015 showed a significant increase in ratings of femininity.

“The tendency to judge facial appearance is likely rooted in evolution, as studies suggest evaluating a person based on appearance is linked to survival — our animal instinct tells us to avoid those who are ill-willed — and we know from previous research that personality traits are drawn from an individual’s neutral expressions,” explains the study’s senior investigator, Michael J. Reilly, MD, an associate professor of otolaryngology at Georgetown University School of Medicine. Reilly is board certified in Facial Plastic & Reconstructive Surgery and sees patients at MedStar Georgetown University Hospital.

“Taken together, our findings suggest that both men and women undergoing facial cosmetic surgery can experience not only improved perception of attractiveness, but other positive changes in society’s perception of their persona,” he says.

In recent years, men in America have changed their social attitudes about “appearance maintenance” from one bordering on narcissism to somewhere on a continuum of well-being, Reilly adds. Men are now 15 to 20% of the cosmetic surgery market, but many preferred male facial features are the opposite of what is prized on a female face. For example, it is believed that attractive male features include prominent cheekbones, a square jaw and prominent chin, while attractive female features are round cheeks, softer contours, wide smile and large, wide eyes.

“Our studies are designed to see if this is indeed true,” Reilly says.

In this study, 24 men underwent facial cosmetic surgery by one of two Georgetown surgeons — Reilly and Steven P. Davison, MD, who is also a co-author. The men had one or more of the following surgeries: upper eyelid lift (upper blepharoplasty), reduction of lower eyelids (lower blepharoplasty), face-lift, brow-lift, neck-lift, nose reshaping (rhinoplasty), and/or a chin implant.

These men, who paid for their own surgery, agreed to the use of their before and after photographs for research purposes. Six surveys were designed, each of which included eight photographs (four before surgery, four after surgery. No survey contained both of a single individual).

More than 150 participants (mostly white, between the ages of 25 and 34, and with a college degree) who reviewed the photos were not told of the study’s intent. They were asked to rate their perception of each patient’s personality traits (aggressiveness, extroversion, likeability, risk-seeking, sociability, trustworthiness), attractiveness and masculinity.

The research team built a complex multivariate linear mixed model to be able to assess participants’ reaction to a specific surgical procedure — rhinoplasty (nose job), for example — while controlling for changes from additional procedures done on other areas of the face.

Researchers found that chin augmentation was the only procedure that did not have an effect on perceived attractiveness, masculinity or personality. The authors believe this was due to the low number of study patients undergoing this procedure.

The other procedures showed the following changes, among others:

“It is really interesting that different anatomic areas of the face have varying degrees of contribution to overall personality perception,” Reilly says. “And it is also noteworthy that the study did not find a significant change in masculinity. Just one procedure, a neck-lift, was found to enhance that trait.

“This suggests that the current menu of cosmetic procedures for men are likely not as gender-enhancing as they are for women,” he says. Reilly’s study in women examined the same cosmetic procedures in 30 white females and found a significant increase in femininity for many of the procedures.

“Cicero described the face as the ‘mirror of the soul,’ meaning that a person’s physical appearance is the personal characteristic most obvious and accessible to others in social interaction — so it’s not surprising that subtle changes in neutral facial appearances are powerful enough to alter judgments of personality,” Reilly says.

Reilly says more study is needed in order for cosmetic surgery to reach its full potential. “Optimizing patient outcomes will require a broader understanding of the potential changes in social perception that can occur with surgery.”

The research received no funding. The authors report having no personal financial interests related to the study.

Georgetown University Medical Center (GUMC) is an internationally recognized academic health and science center with a four-part mission of research, teaching, service and patient care (through MedStar Health). GUMC’s mission is carried out with a strong emphasis on public service and a dedication to the Catholic, Jesuit principle of cura personalis — or “care of the whole person.” The Medical Center includes the School of Medicine and the School of Nursing & Health Studies, both nationally ranked; Georgetown Lombardi Comprehensive Cancer Center, designated as a comprehensive cancer center by the National Cancer Institute; and the Biomedical Graduate Research Organization, which accounts for the majority of externally funded research at GUMC including a Clinical and Translational Science Award from the National Institutes of Health.